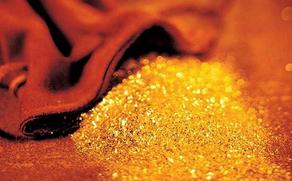 The registered export of Georgia dropped by 27.9% from an annual point of view in April 2020.

As the National Bank of Georgia reports in its April survey, the drop in the exports to Azerbaijan influenced the export incomes' decline.

Following the National Bank, decreased export of natural grape wines and natural water to Russia, dropped export of cars, alcoholic drinks, and mineral water, and a sharp decline in cars' re-export to Armenia caused the total drop of the export rate across the region.

In contrast, the export to the US increased as the ferroalloys export increased.

Exports to the EU countries mostly increased in Switzerland, as the export rate of unprocessed gold (to Switzerland) rose.

Exports to China increased in terms of copper, and re-export of precious metals and concentrates.

The key countries to export in April 2020 were:

The share of seven key trade partners equaled 70% of the total export rate.

As the NBC reports, the drop in the demand for copper mines and concentrates, mineral waters, and chemical fertilizers also negatively influenced the export volume.