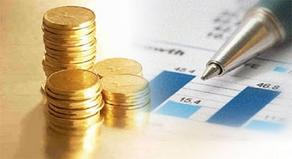 Economic expert Givi Momtselidze supposes that Georgia may face a problem of covering budgetary expenses. He says that one of the ways to prevent the risk is to reduce bureaucratic costs, and the Georgian government decided to do it as the crisis occurred.

"In April, Georgia saw a severe economic decrease, and it continued in May. The outcome largely depends on how the country copes with the epidemic," Givi Momtselidze said, adding that large countries are the leading players in the world economy.

"If they overcome the crisis, the positive effect will also influence us," Momtselidze concludes.

He also stressed a significant decline in tourism, adding government can achieve specific results in the development sector and agriculture.

However, Momtselidze criticizes state subsidies. He says the government finances the subsidies through the taxes paid by the poor.

"It would be much better if the government introduced short-term tax incentives for all those affected by the pandemic," Momtselidze stated.