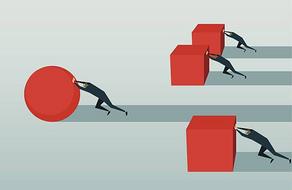 "A fair and competitive market environment is vital for attracting investment, and Georgia has begun reforming the Competition Agency," Head of the Parliamentary Committee of Economic Policy, Roman Kakulia has declared.

"Currently, an agency including five members is being created by the Parliament. This body will be responsible for all significant decisions, and thereby we will exclude the sole judgment. The fact is that the Agency will deal with very large amounts, very important decisions, and the quality of transparency as the critical responsibility, will work,'' Kakulia claimed.

In his words, Georgia may have an agency that will ensure fair rules in the market, which will positively affect the investment environment.

Kakulia says the current procedural rules do not allow the Competition Agency to study the issue, and there were no sanctions.

"When a player has the largest market share, he can create a dominant position. As such, this provision is not a crime, but abuse of it is already a crime. The designations of unfavorable and unfair competition are identified. One of the challenges is concentration, when owners of a significant market share come together and pose a threat to the game. All the factors - abuse of dominant position, agreements that impede competition, unfair competition and concentration, were spelled out very clearly,'' Roman Kakulia said.

Notably, a bill on amendments to the Georgian Law "On Competition" has been submitted to the Georgian Parliament, stating that the Competition Agency will be headed not by a chairman, but by a Council of five. For this, an additional amount of 965,000 GEL should be allocated from the country's budget.