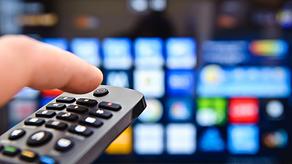 A total of 100 channels operated in 2019 across Georgia, while the number of the channels was 52 before 2012, reads the annual report of the National Communications Commission of Georgia for 2019.

Following the report, Georgia has a liberal media policy. Since 2012, any individual or legal entity has the opportunity to start broadcasting within ten days.

Procedures for starting broadcasting are few and simple: instead of obtaining a license, only an authorization process is necessary.

The authorization procedure is almost the same as registration on any website.

"Facilitation and liberal policies have led the number of broadcasters to increase, and currently media has become more diverse. Before 2012, it was almost impossible to obtain a broadcast license, and there were only four national broadcasters in the country," reads the report, adding that the number of open-air television broadcasters has increased to 20.

"Under the data for the fourth quarter of 2019, there were 89 televisions and 55 radio broadcasters in Georgia," the report said.