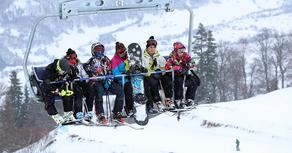 "Creating Georgia’s public image must be an ongoing process in the world tourism industry”, Shalva Alaverdashvili, the Founder of Georgian Hotel, Restaurants and Cafe Federation told Report.ge. According to him, tourism, as the main generator of Georgian economy needs attention from both authorities and ordinary citizens.

The Founder of Georgian Hotel, Restaurants and Cafe Federation emphasized the need to address infrastructure problems. According to him, it is necessary for the tourism industry to learn to plan in order to increase the awareness of Georgian mountain resorts on the market.

According to Alaverdashvili this year the number of tourists increased in Svaneti and Kazbegi while the biggest decrease was in Kobuleti and Batumi.