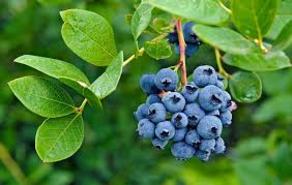 Demand for blueberries has increased on the world market. East fruit writes that the demand is so high that some countries have almost entirely switched to imported products. As for Georgia local producers say that demand is not that high. The reason is the high price and lack of information.

Agri-gator reviewed the situation on the blueberry market. According to their information, the minimum price for 1 kilogram of blueberries is 4 euros, in some cases it goes up to 15 euros.

As for Georgia, local entrepreneurs received a Global G.A.P certificate from the European Union. The Global G.A.P document confirms that the product produced in Georgia meets all high standards.

According to Zviad Mirianashvili, the founder of Blueberry LTD, it is very difficult to export blueberries in July as many European countries begin harvesting at this given time.

Mirianashvili said that Georgia's blueberry season lasts from late May to late July. As for the increase of production the founder of Blueberry LTD notes that it is the company's plan for the future.