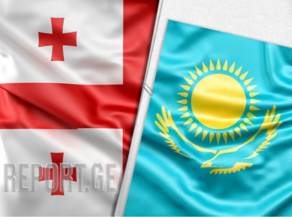 The real estate portal Property Georgia works in Georgia for international investors and local developers interested in foreign markets. Based on the information provided by Giorgi Jakhutashvili, the Kazakh Consul in Georgia, the organization reports that the idea of creating a Georgian-Kazakh economic union has emerged. The initiative belongs to the Consul of Kazakhstan Giorgi Jakhutashvili. According to him, the initiative, if implemented, will work to attract Kazakh investments.

"The Embassy of Kazakhstan in Georgia has the initiative to attract Kazakh investors, to create a Georgian-Kazakh economic union, whose task will be to work in 4 main areas: Investment and trade relations, promotion of tourism and deepening of cultural relations. According to Jakhitashvili, considering the pandemic, Kazakh investors need well-packaged projects worth 5-10 million," Jakhutashvili said.

According to the Consul, Georgia is an interesting country for Kazakhstan in terms of logistics. Kazakh investors have been entering the country since 2006. Both private and public investments of Kazakhstan are represented in Georgia. Giorgi Jakhutashvili recalls that the then President of Kazakhstan kindly instructed public companies to start investing in Georgia, which resulted in relatively large investments: Batumi terminal "Rompetrol," investment in the banking sector, the Likani hotel has been rehabilitated with a Kazakh investment, direct air traffic between the countries has been restored.

Projects worth $ 30 million are being implemented in Georgia with the participation of the Kazakh capital, and $ 70 million is being prepared, including the Shovi Balneological Resort. According to him, there are about 30 companies created with Kazakh capital in Georgia; the total investment volume exceeds $ 450 million. These companies employ more than 3,500 people.