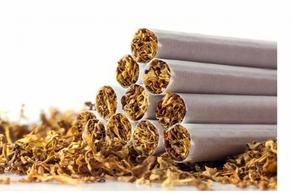 Hamburg laboratory identified big content of lead, chrome and other toxic substances in tobacco sent from Georgia for testing.

20 different types of unpacked tobacco units were taken out from the distribution net for the laboratory test. The samples of 15 different brand cigarettes were also tested.11 out of 20 tobacco samples contained the trace of pesticides exceeding the norm.

Tobacco contained three times more benzpyrene (poisoning substance of polycyclic hydrocarbons group) compared to cigarettes.It also contained chrome (Cr) in bigger volumes and wider specter of nitrosamines and heavy metals such as lead (Pb) and cadmium (Cd) compared to cigarettes. Seven samples of the tested tobacco contained insecticides (dychlore-dyphenyl-tricholoethan, DDT) the use of which is either prohibited or strictly limited in the developed countries.There were no substances of this kind detected in the tested cigarettes.Genetically modified tobacco was detected in 3 samples of tobaccos sent from Georgia.The use of GMO raw materials in brand cigarettes is strictly controlled since the consumers foresee particular danger in GMO use.The fact that the control over the imported tobacco is difficult to conduct creates particular alert.VAT on imported filter cigarettes was increased starting from January 1 this year.Instead of paying 10% the companies now pay 30% of the price.The excise rate was also increased and is now equal for both products, in particular it became 1.7 GEL per 20-unit pack. The Parliament justified this decision by the contribution to local tobacco producers support.It was expected that the volume of tobacco and cigarette consumption by the population would decrease, though the expectation did not proof.The Ministry of Health ensures that the volume of consumption of cigarettes was decreased by 3% though the information is doubtful and cannot be double checked as a part of consumers switched from cigarette to tobacco consumption.