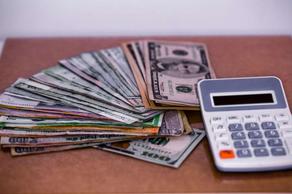 The financial regulation implemented in financial sector has stopped the development of micro-finance organizations. As the companies experience the multi million-dollar losses they  start to leave the market. According to the National Bank of Georgia there are 53 micro-finance organizations operating in the country. Their number was reduced by 19 during the last year.

According to the financier Irakli Berdzenadze, the regulations imposed by the National Bank on the financial market have regressed and this process is still ongoing.

“The problem in the non-bank financial sector began two years ago, when the so-called "larization" started. In fact most of the financial institutions had attracted finance in foreign currency which was risky by itself.  The reduction in the number of micro-finance organizations and companies operating in the non-bank financial sector is directly linked to the 2018 regulations that came in force in January 2019, which effectively licensed and unlicensed financial institutions in a cabal condition on the one hand the quantity of limitations was raised and the minimum amount of capital was also increased. The fact is these regulations have caused the sector to fall into the cabal conditions, which has significantly damaged already affected businesses, " Berdzenadze told Report.ge.