Musk sold $ 10 billion worth of shares to Tesla 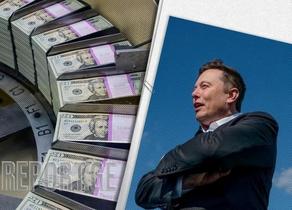 Elon Musk, the head of electric car maker Tesla Corporation, sold more than 934,000 shares of the company for a total of $ 1.01 billion, The Wall Street Journal writes.

Elon Musk sold a total of 10.1 million shares worth $ 10.9 billion. He still has options to buy 10 million shares at the same price, which can be used until August 2022.

According to a Forbes billionaire rating, on November 1, Elon Musk became the first person in history to have a fortune exceeding $ 300 billion. His fortune is estimated at $ 283 billion.

In November, Elon Musk asked Twitter users if he should sell 10% of Tesla shares to pay taxes. Musk noted that he owns only 10% of the company, with no salary or bonuses. Therefore, selling was the only way for him to pay taxes.

The majority of social network users (57.9%) supported the sale of shares, after which the shares of the electric car manufacturer fell by 12%. This is the biggest daily drop since September 2020. The company's market capitalization lost nearly $ 200 billion.