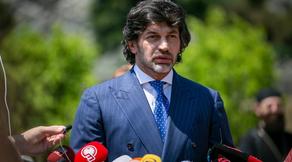 According to Kakha Kaladze, the Mayor of Tbilisi the talks are underway with City Park and the deal will probably be closed in the near future.

Kaladze said that the City Park has not started a dispute against the City Hall.

"They wanted to start a dispute, but then they stopped the process", the Mayor of Tbilisi said.