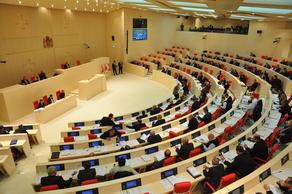 Member of Georgian Dream – Democratic Georgia Irakli Mezurnishvili states that the National Bank is contributing to reduction of interest rates and stability of the national currency.

He defines the moves by the National Bank as the golden mean securing the public from further risks, avoiding inflation on the market and stabilizing exchange rate of the GEL. According to him, this is of crucial importance since challenges having resulted in introduction of new regulations by the government still need to be negotiated. “The government is taking active steps to reduce inflation and stabilize the national currency, and this is immensely important,” declared the MP.

The Chairman of the Finance and Budget Committee Irakli Kovzanadze shares his colleagues position and states that The National Bank is making efforts to reduce pressure on the currency market.