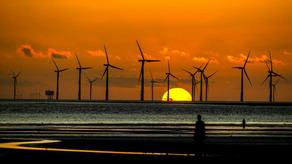 The sale of motor-fueled vehicles in the UK will be banned altogether by 2040. However, before 20 years have passed let's take a look at how the UK is doing at this point.

In the first half of 2019, wind power plants in Scotland generated twice more electricity than the region needs. The next goal for the British government is to change the country's transport system.

Renewable energy does not pollute air or water in the process of production and does not consume natural resources.