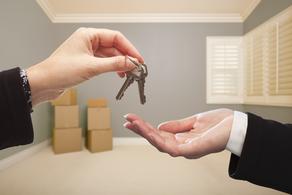 The demand for renting an apartment usually increases in September and October. One of the main reasons is the beginning of an academic year.

According to a survey by SS.ge, students are looking for real estate in June with demand falling by 8% -15% in July. Since August, demand for all popular locations increase but the highest demand of the year is recorded in September.

According to SS.ge research, the 5 most demanded areas are Saburtalo, with 18% of demand. Followed by Didube with a 12%. In Dighomi and Nadzaladevi 11-11% of apartment renters come from Georgia. The last place of the top five holds Gldani with a share of 9%.

As for apartment prices in Saburtalo, Didube and Digomi districts, prices are almost identical. The price of a one-room apartment starts from 500 GEL depending on its condition and proximity to the subway reaches 700 GEL. In Nadzaladevi renting a one-room flat ranges from GEL 400 to 500. Renting one bedroom apartment in Gldani is 300-400 GEL.