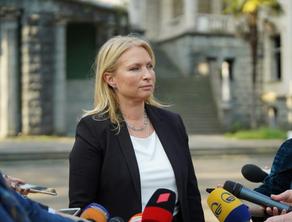 "Within the framework of Mr Ivanishvili's unprecedented initiation, Tskaltubo Spa Resort will not only return its glory but it also will become a tourist hub in Eastern Europe," this statement was released by Natia Turnava with journalists with regard to Bidzina Ivanishvili's initiation to rehabilitate and develop Tskaltubo Spa Resort.  According to the Minister, this initiation will result in flourishing the resort, with this constituting a huge challenge which has proved impossible to be negotiated by previous governments since it requires astronomic financial resources.

As Turnava stated, restoration of the resort within Bidzina Ivanishvili's initiation is pure charity.