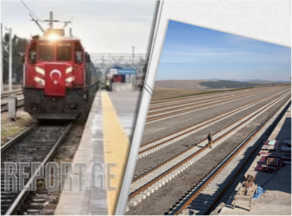 Turkey is intensively pursuing the function of linking trade between European countries and China within the Belt and Road Initiative initiative framework. The statement came from Turkish Trade Minister Ruhsar Pekcan.

At the end of 2020, Turkey began exporting to China by railway. Until now, the country has chosen the sea route for this. The Turkish Minister of Trade is satisfied with the results of the export.

"Transportation time was reduced to 13 days due to railway, and cargo was delivered by sea in 35-40 days. We pay great attention to expanding our logistics in the Caspian region and are working with Azerbaijan to reduce transit fees," she said.

According to the Minister, Turkey is actively involved in 5 582 regional projects worth $ 201.9 billion.

"This equates to 48% of the cost of projects and 53% of the number of projects we carry out around the world," Ruhsar Pekcan said.

In December 2020, Turkey sent two export trains loaded with BSH refrigerators on the railway to China.

The freight train arrived in China from Istanbul via the Baku-Tbilisi-Kars railway.