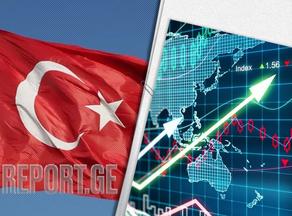 The national currency of Turkey has strengthened sharply. According to Report.ge, the Central Bank of Turkey spreads information about it.

According to December 21 trading data, one US dollar is worth 11.67 liras.

The day before, the Turkish currency had reached a record low, reaching a value of 18 lira per US dollar.

On Thursday, the Central Bank of Turkey decided to reduce the discount rate from 15% to 14%.

The dollar was still worth 6.9 lira in February, after which the Turkish currency depreciated by almost 120 percent.