Protests against Namakhvani HPP: 'We want to resume dialogue with rally participants' 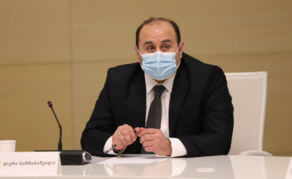 Head of Regional Liaison Department of the Government Administration, Leri Barnabishvili, said that they are willing to resume the dialogue with rally participants protesting against the construction of the Namakhvani hydropower plant.

''We want to resume the dialogue with the rally participants, listen to their remarks, proposals and draw up an action plan,'' he said, adding that they have contacted the demonstrators and are now waiting for their response.

The Administration of the Government of Georgia has issued a statement, saying that they stand ready for the dialogue.

The head of the Regional Liaison Department of the Government Administration and two governors are now in Kutaisi to continue a dialogue with rally participants.