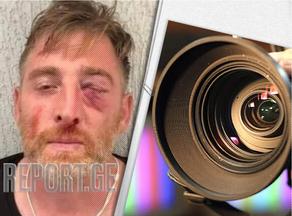 ''Hundreds of journalists have gathered today to pay homage to TV Pirveli cameraman Alexandre Lashkarava, who died six days after far-right assailants beat him. Reporters Without Borders call upon the government to investigate the case thoroughly, objectively and transparently,'' the statement reads.