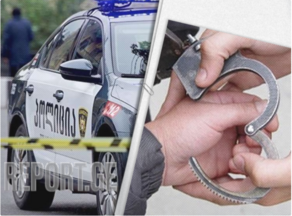 During a rally in front of the Georgian Dream office, the activist bit the law enforcer while performing official duties.

According to the Ministry of Internal Affairs, as a result of operative and investigative actions, Giorgi Mumlauri, born in 1990, was detained in Tbilisi by the Patrol Police Department on charges of resisting police officers.

According to the agency, on April 14 of 2021, during a rally in front of the office of the Georgian Dream party, G.M. resisted police officers and physically assaulted them while being on duty.

An investigation is underway under Article 353, Part 1 of the Criminal Code of Georgia, which means resistance to police officers.

The offense carries a maximum sentence of 2 to 5 years in prison.

Today, a confrontation took place between civil activists and law enforcers near the central office of the Georgian Dream; five people were arrested as a result.