"I identified her ... she is my child" - 26-year-old Kazakh girl will be transferred today 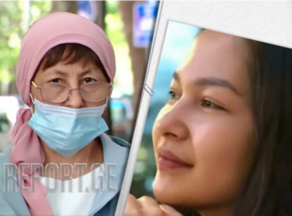 "I ask everyone if there is a video where any details of the murder are shown, to submit it to the police," the mother of 26-year-old Kazakh woman Asel Aitpaeva, who died in a suspicious situation in Georgia, stated.

According to the mother of the deceased, the information as if Asel had tried to commit suicide before was false.

"Yesterday was very hard for me; I identified my daughter. I'm sure it was a murder. I request the Georgian side to extradite Murad Meinekov to Georgia. I listened to the audio recording yesterday; it gives me a reason to think about the murder version. I think the perpetrators of the murder are Beso, Murad, and Ayos. I handed over some evidence to the police, but I cannot tell you since the investigation is ongoing. I am going to Kazakhstan today, and I will transfer my daughter today. I spoke to my daughter two hours before her death, and she did not say anything," said Asel's mother.

On May 5, a young woman committed suicide. A 26-year-old girl who was raped in Tbilisi and jumped from the eighth floor is Kazakh citizen Asel Aipaeva.