Mother of man murdered in Marneuli: My son was killed because of 20 lari 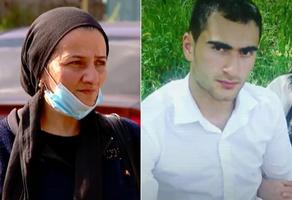 The mother of the young man recently murdered in Marneuli says that his son was killed after he demanded that a minibus passenger paid the fare for travel.

''My son was killed because of 20 lari. Javid had a minibus in which people in Marneuli traveled. One of the passengers used to refuse to pay the fare. One day, my son asked how long he hoped for free travel. This question angered him, and he soon told his brother that Javid required money from him. They abducted my son after this and killed him by throwing him into the water. The murderers knew my son well; they were his friends,'' the deceased man's mother told the Mtavari Arkhi (Main channel).

The police have detained three in Georgia's Marneuli municipality. Two of them reportedly threw the 28-year-old man into an irrigation canal after tying his hands and feet.

The Prosecutor's Office of Georgia has already pressed charges against them.