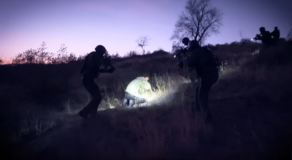 According to the case file, the kidnappers demanded $ 300,000 from Ramin Giorkhelidze, the father of Ioseb Giorkhelidze, otherwise they threatened to kill his son.

The criminals warned Ramin Giorghelidze not to contact the police. Giorkhelidze decided to go against their will and contacted the law enforcers.

A specially-established investigation team conducted the operation in secret.