Three people wounded, and one arrested at Bassiani club - VIDEO 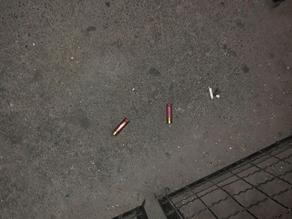 As a result of the investigation act, the Tbilisi police personnel of Didube-Chughureti Department of the Ministry of Internal Affairs detained B.Ch. born in 1980, on the fact of calculated murder of two and more persons, purchase and maintenance of firearms. The crime considers 16 – 20 years of imprisonment. The police investigated that on January 12, the detained accomplished several shootings at the entrance of the club Bassiani, as a result of which three persons are wounded: T.A., born in 1993, B.Ch., born in 1987 and D.Ts., born in 1995, after which he escaped from the place.

The wounded were delivered to the hospital by emergency. Their lives are not under threat. The law-enforces found and arrested B.Ch. at his house. The search revealed the gun, six knives, and 23 bullets. The investigation is launched under Article 19-109-e, Part 3, Sub-point “a” and under Article 236-e Parts 3 and 4, related to a calculated murder attempt of two and more people and purchase, carrying and maintenance of the firearms – the Ministry information reads.

Based on Report.ge information, a young man opened fire at the Bassiani club entrance at 02:00.

According to witnesses, a young woman is wounded and placed in a hospital. They say the man started shooting after he was rejected to enter the club.