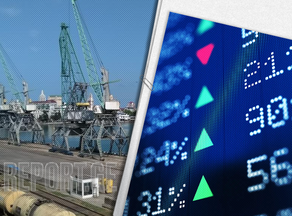 The cargo volume transported to the Port of Makhachkala has risen by 6.8% to 5 mln tons, while Astrakhan has seen a 14.4% growth, with the processed cargo having hit 2.5 mln tons.

An overall turnover of the Russian seaports dropped by 2.3% (reaching 820.8 mln tons) in January and December of 2020 if compared to the similar data of 2019.

The deep-sea Anaklia port project kicked-off in December 2017. However, the Georgian government terminated the contract with the Anaklia Consortium on 9 Jan 2020 and started seeking a new investor.

The Anaklia port project is among the $20-25 bln investment projects set to be implemented in Georgia in 2020-25, with 1.7 bln allocated for it.

The tender to build Anaklia port is planned to be announced in a couple of months, with an international consultant to be involved in it. The gov't hopes that the project will attract western investors among others.

Prime Minister Irakli Gharibashvili said today that the government must support the Anaklia port project; he also added that the investor selection process would soon start.

According to the 2021 budget, the Georgian government plans to spend GEL 10 mln on the development of the highway and railway projects related to the Anaklia Deep Seaport project. In 2022-24, GEL 225 mln is intended to be spent for the same purpose.