Asteroid will whiz past Earth in March 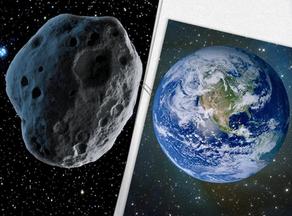 An asteroid as wide as the Golden Gate Bridge is long will hurtle past Earth next month. But although it will be the biggest and speediest asteroid to fly by our planet this year, there's no reason to panic, Live Science reports.

An asteroid is designated as "potentially hazardous" when its orbit intersects with Earth's at a distance of no more than about 4.65 million miles (7.5 million km) and it is bigger than about 500 feet (140 meters) in diameter, according to NASA's Center for Near-Earth Object Studies (CNEOS).