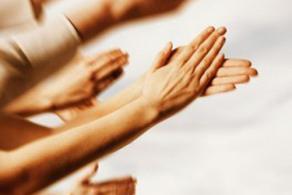 As metro.co.uk reports, students at the University of Oxford have voted to ‘replace clapping’ with a silent wave because it ‘could trigger anxiety’. They are instead being told to use ‘jazz hands’, where they wave their hands in the air. The motion to ‘mandate the encouragement of silent clapping’ was successfully passed by the university’s student union officers, following their first meeting of the year on Tuesday. It will come apply at student union events, and if successful, rolled out to other societies and events. Oxford students had argued that alternatives to clapping already existed in some organisations and institutions and that they should follow suit.

Jazz hands is the British Sign Language expression for applause and is considered a more inclusive gesture.