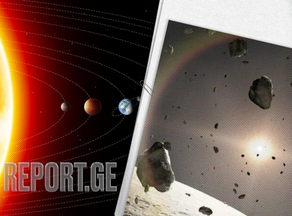 The outer reaches of the solar system are a strange and mysterious place. Outside of Neptune's orbit, a cluster of icy objects are moving, called the Kuiper Belt, the scientific publication Science Alert writes.

Due to the fact that the objects in the Kuiper Belt are quite small in size and located at a great distance from Earth, they are difficult to identify.

Astronomers have discovered 815 Neptune-like objects (TNO), 461 of which we knew nothing about until now. These objects could help scientists better model how the solar system was formed.

The Dark Energy Survey, which is not designed to search for objects beyond Neptune, collected data from August 2013 to January 2019.

Due to its high degree of depth, volume, and accuracy, this program has proved quite helpful in searching for distant objects in the solar system, including beyond Neptune. Last year, as a result of analyzing this data, astronomers discovered more than 100 small planets.

The same group conducted a new study, but with an improved method, another 461 such objects were found.