Condition of a patient infected with coronavirus 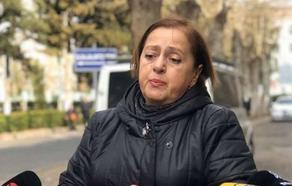 According to Marina Ezugbaia, medical director of the Infectious Diseases Hospital, the condition of the fourth patient diagnosed with coronavirus is harder compared to other cases.

Ezugbaia told reporters that he had a high fever, but the patient is stable, and the disease is not progressing.

"This case is harder because the patient has a high temperature, above 38.5. Yesterday it ranged between 38.5 and 39.5. We have diagnosis and he is already undergoing treatment. The situation remains grave but stable since yesterday. The disease is not progressing, and we hope that the condition of the patient will improve," Ezugbaia said.

According to the medical director of the Infectious Diseases Hospital, a patient is a 44-year-old man, a Georgian citizen who arrived in Georgia on Sunday. He spent several days in self-isolation and decided to go to the hospital yesterday.

There are four cases of coronavirus confirmed in Georgia.

The first one is a Georgian citizen, a 50-year-old man who arrived from Iran.

The second is a 31-year-old woman who is also a Georgian citizen and flew to Kutaisi International Airport from Italy.

The third infected man is also a Georgian citizen who was in Iran as well.

Yesterday,information saying that a Georgian citizen residing in Italy have tested positive for the virus was also released.

Overall, more than 200 people are under observation.

There are 162 people left in the quarantine.