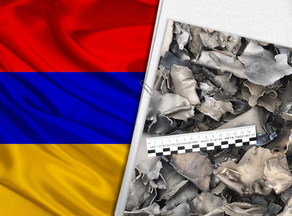 "The Armenian Armed Forces are bombing settlements and strategic facilities in Azerbaijan," the Prosecutor General's Office of Azerbaijan said in a statement.

According to the agency, Armenia fired Scud ballistic missiles at Gabala, Kurdamir, and Siyazan regions of the Republic of Azerbaijan, located more than 150 km from the frontline.

As a result of the rocket strikes, a resident of the Gabala region received various injuries.

The Armenian armed forces launched missiles at the Oguz-Gabala-Baku water pipeline of special strategic importance for the country. However, Azerbaijani Army's Air Defense Forces neutralized it.