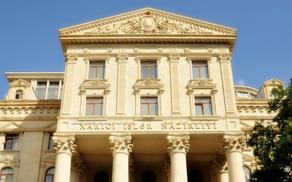 Azerbaijan and Armenia have reached an agreement on a temporary ceasefire for humanitarian purposes from 00.00 AM, local time, October 18, Azerbaijan's Foreign Ministry reports.