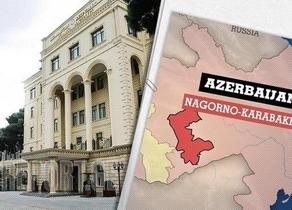 The Ministry of Defense of Azerbaijan says that an Azerbaijani serviceman died after Armenians opened fire on the Kalbajar section of the Armenian-Azerbaijani state border.

''An Azerbaijani officer died after a sniper opened fire,'' the statement by the state agency reads.

The statement says that they will take responsive measures.

''The Armenian party aims to flare up tensions on the two countries' border,'' the statement by the Azerbaijan Defense Ministry reads.