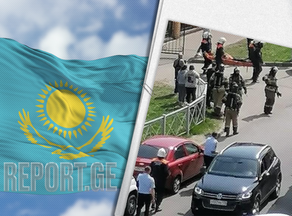 The death toll from a shooting at a school in Kazan has risen to 11.

Police have arrested two suspects in the attack.

Twenty-two people were injured in the shooting at the 175th school in Kazan.

According to preliminary data, one of the shooters is a 17-year-old teenager.

Law enforcers are mobilized on the spot.