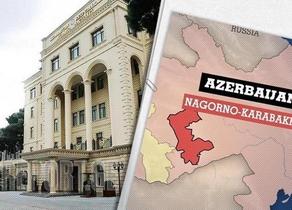 "On the night of May 27-28, the positions near the Ashagi Buzgov settlement in the Babek region of the Nakhchivan Autonomous Republic came under fire by the Armenian armed forces from several directions," the Defense Ministry of Azerbaijan spreads the information.

As a result, the serviceman was wounded. He immediately received first medical aid and was taken to the hospital. His life is no longer in danger.

Defense Ministry of Azerbaijan reports that the operational situation is fully under the control of the Azerbaijani Army and holds Armenia responsible for the relative aggravation of the situation in the Nakhchivan section of the Armenian-Azerbaijani state border.

"We call on the Armenian side to refrain from provocations and other steps that may aggravate the situation and to act responsibly," reads the statement by the Ministry.