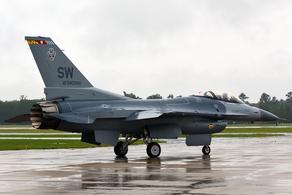 The U.S., an Air Force F-16CM Fighting Falcon, crashed at Shaw Air Force Base, S.C., in South Carolina. The database itself spreads information about the incident that happened during a training flight.

There was one person on board. It is reported that the pilot died as a result of the crash.

The cause of the crash is yet unknown.