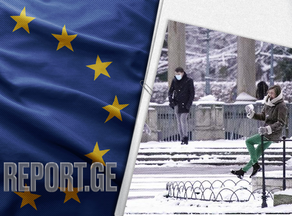 Freezingly low temperatures were recorded in several European countries. Traffic is paralyzed due to frost, and the number of road accidents has also increased.

For the first time in 11 years, air temperatures have dropped below -28 degrees in Poland. The railway track in Warsaw cracked due to the cold, which hindered the movement of trains.

It was freezing in many regions of the Czech Republic; the temperature dropped to -20 degrees. According to local weather forecasters, the night of January 18 was the coldest one of the year.

Germany and Switzerland were hit by heavy snow. Rescuers are clearing the roads from trees that have been damaged by frost. Also, the number of road accidents in the country has increased significantly.

Too much snow in Turkey paralyzed the traffic.

Last week, record low temperatures got recorded in Spain, with temperatures below -20 degrees Celsius in two provinces. It was freezing in Valencia, Barcelona, Seville, and Murcia.