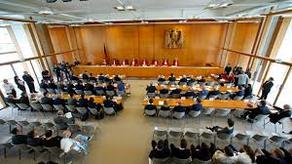 The German Constitutional Court ruled that monitoring the Internet traffic of foreign nationals abroad by BND intelligence agency is partially a violation of the country's constitution. Reuters reports about the changes.

The ruling states that the cyberbullying violates the freedom of the press abroad, as enshrined in the constitution.

It is the first time the court decided that the intelligence service activities abroad are subject to Germany's constitution. According to Reuters, this means that the complaints of foreign journalists and Reporters Without Borders have yielded results.