Hubble Space Telescope gets shut down 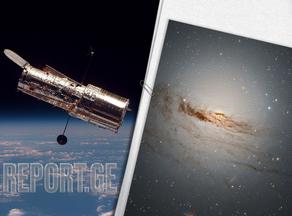 The Hubble Space Telescope computer had serious problems, causing all astronomical activities to shut down.

On June 13, the main computer shut down; Engineers are trying to repair it from Earth.

Scientists working on the telescope restarted the computer, but on Monday, it shut down again.

Initially, NASA engineers suggested that the reason for the telescope's shutdown was the degradation of the memory module.