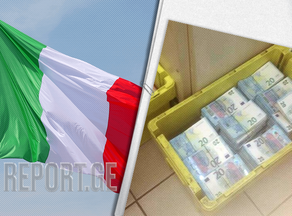 Italian special services found more than 1 million euros in unpaid taxes under the mattress of one of the businessmen.

The financial protection officers of the province of Salerno carried out the search operation. The investigation found that the businessman had been trading gasoline and diesel for a very long time at extremely favorable prices through various companies. The entrepreneur illegally used simplified tax procedures to perform work and earn income.

For a long time, he could not be accused of breaking the law, as well as it could not be determined where he hid the money stolen from the state. As a result, a large sum of money was found under the mattress in the house of the businessman's father. The money he stole was beautifully packaged in tin jars.