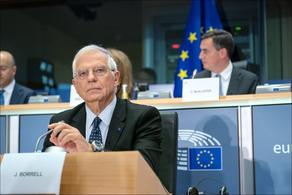 High Representative of the EU for Foreign Affairs and Security Policy/Vice-President of Euro Commission Joseph Borrell shows concern for what happened in Russia at Navalny supporting protests.

“Following unfolding events in Russia with concern. I deplore widespread detentions, disproportionate use of force, cutting down internet and phone connections.

We will discuss on Monday next steps with EU Foreign Ministers,’’ he said in his Twitter post.