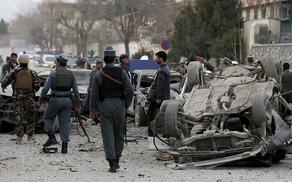 At least 29 have been left dead and 72 – injured due to an explosion in the western part of the Afghan capital Kabul, TOLOnews reports.

Following the media outlet, the explosion took place near the educational center.

Reports say a suicide bomber carried out the attack.

ISIS said it was responsible for the blast, Al Arabiya TV Company says.