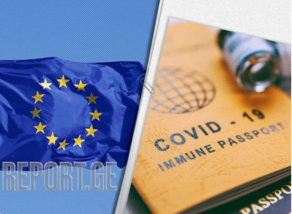 A Moderna vaccine for children aged 12-17 has been approved by the European Medicines Agency today.

A Pfizer vaccine for 12- 15-year-olds has already been approved.

Ireland’s immunisation experts have yet to recommend vaccines for teenagers under 16.

The EMA said it is approving Spikevax -previously Covid-19 Moderna to include use in children aged 12 to 17 years. The vaccine is already authorised for use in people aged 18 and above.

The use of the Spikevax vaccine in children for this age group will be the same as in people aged 18 and above. It is given as two injections in the muscles of the upper arm, four weeks apart.

“The effects of Spikevax have been investigated in a study involving 3,732 children aged 12 to 17 years. This ongoing study is being carried out in accordance with Spikevax’s paediatric investigation plan (PIP), which was agreed by EMA's Paediatric Committee (PDCO).

“The study showed that Spikevax produced a comparable antibody response in 12- to 17-year-olds to that seen in young adults aged 18 to 25 years (as measured by the level of antibodies against SARS-CoV-2).

“In addition, none of 2,163 children receiving the vaccine developed Covid-19 compared with four of 1,073 children given a dummy injection.

These results allowed the CHMP to conclude that the efficacy of Spikevax in 12- to 17-year-olds is similar to that in adults,” said the EMA.

The most common side effects in children aged 12 to 17 are similar to those in people aged 18 and above. They include pain and swelling at the injection site, tiredness, headache, muscle and joint pain, enlarged lymph nodes, chills, nausea, vomiting and fever. These effects are usually mild or moderate and improve within a few days from the vaccination.