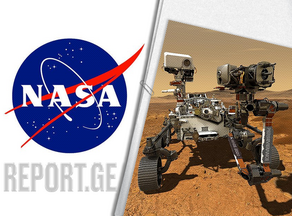 NASA's fifth Rover, Perseveranse, sent sounds to Earth for the first time from the surface of Mars, the NASA Deputy Director of Science Thomas Zurbuchen revealed.

"We have already received dozens of new photographs and the first sounds recorded on the surface of Mars. All this data is completely open to the public," Zurbuchen added.

Thomas Zurbuchen said that the data provided by Rover may have already been published on the NASA website or will be published soon. He hopes that the photos and sound recordings would attract the attention of not only researchers but also musicians and artists. He said they would be able to add real sounds from Mars to their projects.

Your front-row seat to my Mars landing is here. Watch how we did it.#CountdownToMars pic.twitter.com/Avv13dSVmQ