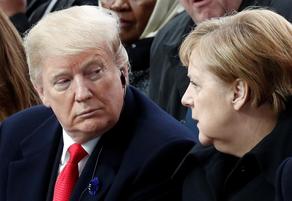 The member states of the North Atlantic Alliance have once again pledged allegiance to Collective Defence, which is at the very heart of NATO's founding treaty, with this set to be written in the London Declaration. According to official representatives of the Government of Germany, within the framework of the summit, the meeting between German Chancellor Angela Merkel and US President Donald Trump is being scheduled.