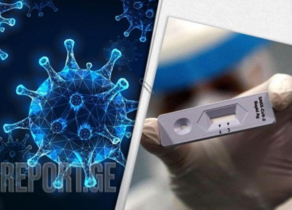 The first European case of a new so-called “super-variant” of Covid has been detected in Belgium in a traveller who returned to the country from Egypt more than two weeks ago.

UK experts believe the new variant – currently known by its scientific name B.1.1.529 – could reduce vaccine effectiveness to as little as 30 per cent and there are signs it is more transmissible that the currently dominant Delta strain.

The Covid-19 variant, which is likely to be officially labelled as Nu soon, was detected in a traveller who returned to Belgium from Egypt via Turkey on 11 November.

Belgian Health Minister Frank Vandenbroucke said: “We have one case of this variant that is confirmed. It’s someone who came from abroad.”

The infection marks the first case of the Nu variant in Europe. The Covid strain has also been found in South Africa, Hong Kong, Botswana and Israel.

The individual is not thought to have any connections to South Africa or other countries where the strain has been detected, and none of her family members have developed symptoms.

The patient is reported to have had a high viral load when she was diagnosed by researchers at KU Leuven and UZ Leuven universities.

Virologist Marc Van Ranst, who works closely with Belgium’s public health authorities, earlier said two suspicious samples were being looked at before confirming that a case had been detected.