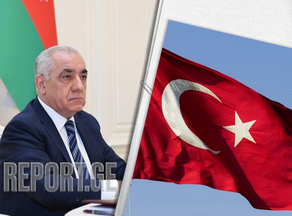 The delegation headed by the Prime Minister of Azerbaijan, Ali Asadov, is in Turkey.

The visit is at the invitation of Turkish Vice President Fuat Oktay. It is the first official visit of the head of the government of Azerbaijan to a foreign country.

A number of documents will be signed between the two countries during the forum. According to preliminary data, the value of trade agreements in the public and private sectors will exceed $ 100 million.