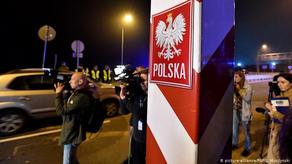 Deutsche Welle informs that Poland is opening its borders with the neighboring countries.

Reportedly, the control at Poland-Lietuva border was lifted late yesterday. Today the control is lifted at the borders with Germany, Slovakia, and the Czech Republic.

Poland has canceled the compulsory quarantine restriction for the citizens of the European Union as well as for the foreigners who have the permit to live on the territory of the EU.

The flights in Poland, suspended on March 15, will be resumed on June 16.