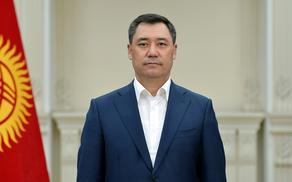 At the same time, voters also elected to do away with a parliamentary government system, granting more powers to the presidency in the former Soviet state.

Results published by the country's Central Election Commission (CEC) showed Zhaparov with close to 80% of the vote. His closest competitor, Adakhan Madumarov, was at less than 7% support.