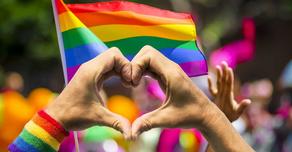 The Parliament of Montenegro backed the legalization of same-sex marriage.

According to the President of the country, Milo Dukanovic, Montenegro is the first European country outside Western Europe and the European Union to recognize same-sex marriage legally. He said this is one of the significant steps forward.

"Increasing the rights of minority groups was necessary for the EU integration process," the President said.

The government of the country is currently in talks to join the European Union.