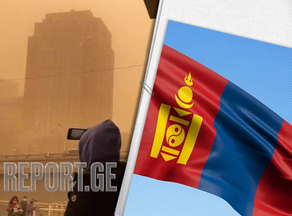 A sandstorm in Mongolia has killed six people and left more than 80 people missing; the TV channel CGTN spreads information based on the county's emergency management department.

Among the dead are five shepherds and one child. Also, the fate of 548 missing people was clarified. 467 people have already been found. Currently, rescuers are looking for 81 of them.

According to the TV channel, a large-scale power outage was observed in the western part of Mongolia.

The storm hit Beijing. 428 flights were canceled at the capital's airport due to bad weather. Traffic jams have been created on the roads of Beijing, visibility in the city does not exceed 1000 meters.

Authorities have declared a yellow level of threat within the city limits. Residents are not advised to take outside activities and leave the building if not necessary.